The history of humans and the use of the cannabis plant stretches back for millennia. It is hard to know exactly how long homo sapiens have been taking advantage of the cannabis plant’s medical benefits. However, historians and scientists know that for as long as humans have inhabited the earth, they have looked to the earth to heal ailments and provide relief for diseases and conditions.

The earliest recorded use of medicinal plants dates back over 5,000 years ago to the ancient civilization of Sumer. We know that, at least by that time, various plants such as cannabis were being cultivated and transformed into drugs for popular use.

Hemp, and the CBD it contains, originated in Central Asia before later spreading across the rest of the world. The CBD products and hemp products we now use today stem from a long history of medicinal use, as well as from a more recent history of suppression and stigma.

CBD, or cannabidiol, is a chemical compound that can be extracted from the cannabis plant, also known as hemp. Hemp and CBD are different from marijuana and THC in that CBD does not contain the psychoactive properties that are responsible for getting you “high.” Your body processes CBD through naturally-occurring receptors in the body called the endocannabinoid system. 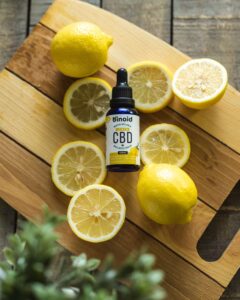 Therefore, your body naturally contains receptors that are specifically designed to receive chemical compounds such as CBD and introduce them into your system. Ancient humans may not have been aware of the endocannabinoid system, but they were aware of the positive effects of consuming cannabis.

As modern medicine developed further in the 19th century, scientists and doctors began investigating the properties and potential uses of CBD. The first recorded active extract obtained from hemp didn’t occur until 1840.

A century later, the history of CBD would take a dark turn. In the early and mid-20th century the United States government became concerned with the use of substances such as alcohol and cannabis. In the wake of the Era of Prohibition, the fear of “reefer madness” led to the criminalization of cannabis, including both hemp and marijuana.

At that time, the courts did not distinguish between the plants and labeled all cannabis as a Class I Scheduled drug. This, unfortunately, led to a sharp decline in medical investigations into CBDs positive benefits. It would take several decades for the stigma around cannabis to begin to lift.

Despite the strict laws and social stigma, medical research concerning CBD did continue throughout the world. In fact, in 1946 the compound that would come to be known as CBD was isolated and identified.

This researcher continued his work over the next several decades and uncovered more about CBD’s potential to treat certain diseases. A few decades after its criminalization, the dark cloud over CBD began to lift.

As research continued into hemp and the potential health benefits of CBD, legislators and researchers began to place greater distinction between hemp and marijuana plants. CBD can be found in both types of cannabis plants, but hemp specifically contains less than 0.3% active THC compounds. 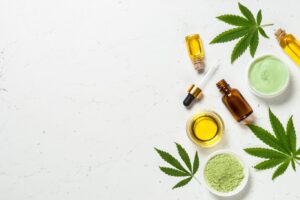 This means that there is not enough THC contained in the plant fibers, leaves, or buds to get you “high.” Focusing research on the hemp plant, instead of marijuana, allows scientists to isolate and emphasize the numerous potential medical benefits of CBD, without having to worry about concerns of additional intoxicating effects.

In 2018, the United States Congress legalized industrial hemp. This means that farmers and researchers across the United States were free to work with hemp plants, as long as they contained a THC content of less than 0.3%.

Numerous CBD products are now widely available for consumers to purchase, no matter which state they live in. Hemp extracts, hemp oils, CBD tinctures, CBD salves, and more are available to alleviate symptoms for a variety of ailments.

Foods with added CBD and CBD dog treats are even available! Spectrum Relief has an excellent selection of products that can be found both online and in one of their two Florida locations. Shop today for all your CBD needs.

Quality Over Quantity — Picking the Right Product For You

Hemp, CBD, and You: Demystifying This Helpful Compound

Get 10% Off Now
Enter Email to claim coupon code
Enter Email
We will never spam you, unsubscribe anytime.